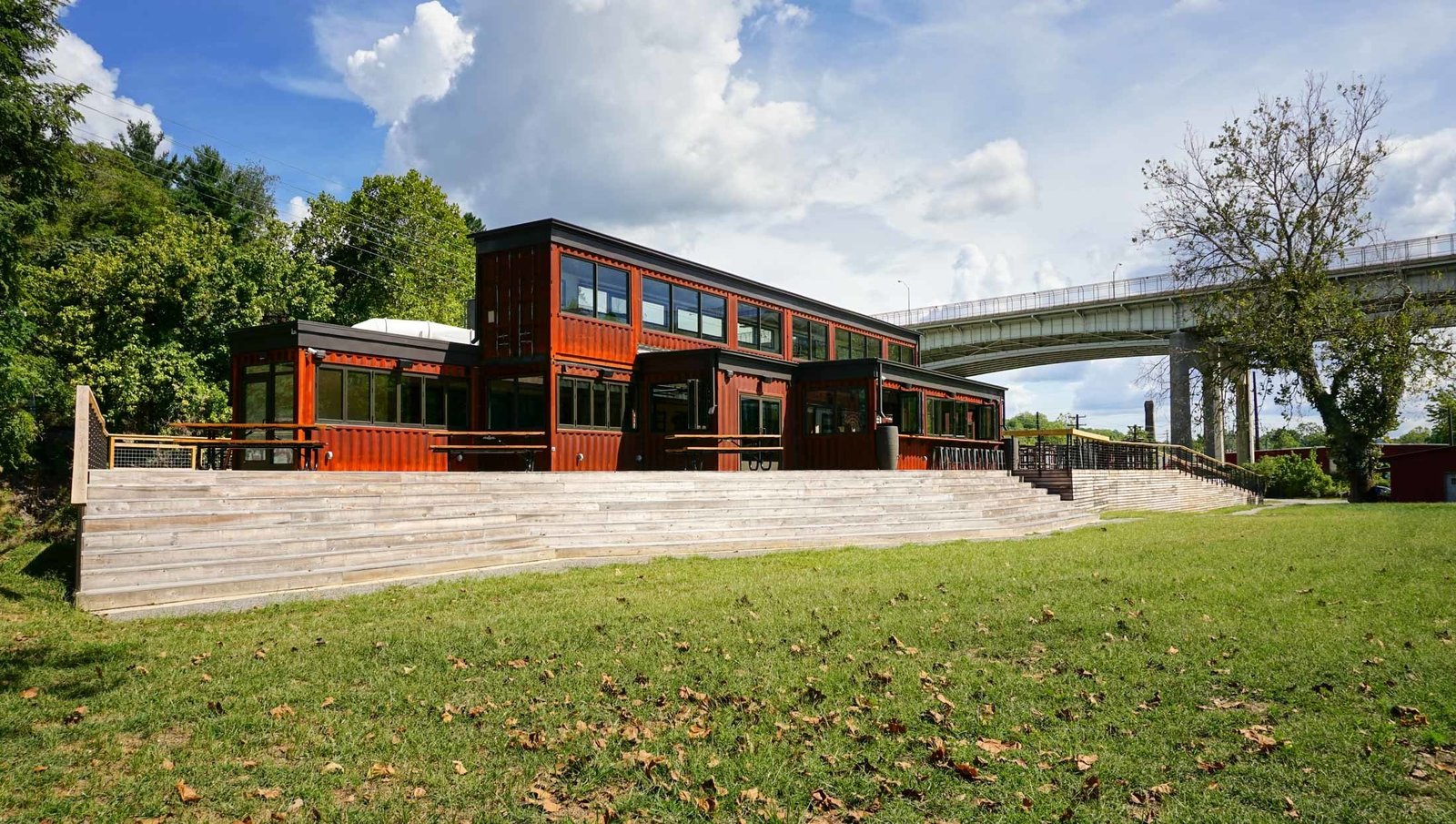 In a poetic twist, the site of the Smoky Park Supper Club in Asheville, North Carolina was once a dumping ground sandwiched between a bridge of the same name and a railway. The site’s owner envisioned a more sustainable approach to the land: he wanted to build a restaurant. The eatery he had in mind would be made entirely of salvaged shipping containers fastened together like oversized Legos in a sprawling, unified design. Project architect Myles Alexander of Form and Function Architecture had used this material before, albeit for the local county school system’s storage facilities and as accessories for private clients. He set out to “provide an experience that was as raw as possible.” Nineteen containers were repurposed to let in sunlight while maintaining the most of their structural integrity. On the inside, in solidarity with the surrounding River Arts District, the works of a local muralist and craftsmen add warmth to the space.

“The owners wanted it to look like a shipping yard that someone had made a restaurant around, in the same way that local artists in the River Arts District have repurposed factory spaces into art studios,” said Project Architect Myles Alexander. The three-story structure lets in light from the highest level, where the bottoms of the containers were removed.

The outside deck can sit about 150 guests, while the grounds that end at the river can fit up to 200, Alexander said. The deck was built with cypress wood and the outdoor furniture was crafted by Peter White, a cousin of one of the owners.

“We wanted it to feel open and spacious,” Alexander said. Much of the work on the containers was completed off-site by SG Blocks, and then delivered for construction. It’s clad in Cor-Ten weathering seel.

Local artist Melissa Terrezza painted this mural inside the property. “We have three murals in the containers that she worked on,” said Kristie Quinn, the restaurant owner’s business partner. The building’s lighting is all LEDs from Rexel.

Other than some use of drywall, the structure is completely made of shipping containers.

The mural was designed and painted by Melissa Terrezza, and Peter White constructed the booths.